And China actually figured out that fusing imitation and traveling to Europe is a great idea. Now, the Chinese dream to see and feel the European atmosphere isn’t only reachable by booking a flight – for Europe (well, some parts of it) is already in their own soil. See these 11 fake European towns and landmarks all made in China: Hallstatt, China is a project about copied architecture by artists Sebastian Acker & Phil Thompson. The fake version of the UNESCO World Heritage Site is complete with an artificial lake, imported doves and of course, the houses which were the same as the ones in the Alpine Village that it made the real Hallstatt locals surprised and upset.

The City of Lights shines bright for China’s eyes that they even had the city itself complete with the recognizable apartment buildings and the Parisian trademark, the Eiffel Tower. Unfortunately, this luxury real estate development is now a ghost town due to its inconvenient location surrounded by farmlands. See more photos here.

Photo by: gf-998 via Panoramio

Even the Scandinavian country of Sweden is part of the discontinued “1 City – 9 Towns” project. It had resembled Sigtuna, Sweden and it even had a near-replica of the Lake Malaren, but it was left without the expected number of inhabitants. Tudor buildings, cobbled streets, red telephone boxes, a bronze statue of Winston Churchill and even the Queen’s guards got copied in this little English Town (yet another ghost town) near central Shanghai. It was also part of the “1 City – 9 Towns” project. Here’s another copycat town from the “1 City – 9 Towns” in Shanghai. The Anting German Town, designed by Albert Speer, looks complete with its colorful three to five story high buildings, green space, canals, and restaurants. But just like the other ghost towns, the Chinese weren’t interested in permanently living in here. Bronze statues of Goethe and Schiller stand together in the middle of the cobblestone square as they remain unknown for the locals. Photo by: evan.chakroff via flickriver

And another “1 City – 9 Towns” ghost town, the Italian town or Breeza Citta di Pujiang in Shanghai doesn’t seem to show it’s a replica of some place in Italy unlike the other European town rip-offs.

Not a town but a shopping mall, Tianjin Florence Town covers an area of 200,000 square meters and houses some of the world’s famous brands.

The fake bridge in the province of Jiangsu has a cafe on top that serves “English-style coffee” and has twice as many towers compared to the original. What it lacks though is the raising mechanism that will allow boats to pass underneath.

This hotel in Beijing, Zhang Laffitte, misses no detail after using the original blueprints and 10,000 photos of the building as a guide. The hotel also has a spa and a wine museum inside.

Photo by: Recki via fotocommunity

This replica of the Parisian arch bridge was built in 1973. It has four statues that represent wishes for peace and harmony: the Blue dragon, the White tiger, the Rosefinch and the Black tortoise.

Bonus: Some of the smaller rip-offs are located in Shenzhen’s Window of the World Theme Park 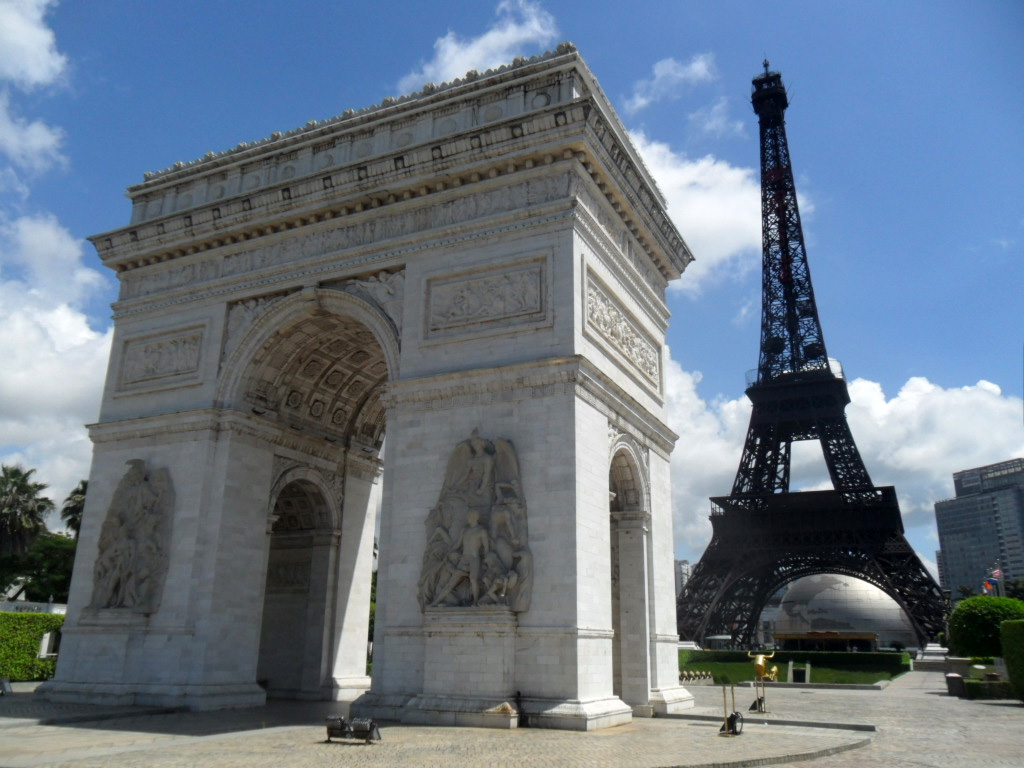 Imitation is somehow connected to lack of creativity. But for the Chinese, the ability to copy and making an exact copy is something they are proud of because for them, it shows they’ve reached what the west has achieved.

This article was produced by When On Earth. see more.

Why I Won’t Run Another Startup Ever Again

Earlier this year, I closed my startup. So now I get to reflect on what I’d have done differently. Hindsight is unfair and...
Read More
Editor's Pick

Looking to evolve your personal brand? With the internet, we all have the tools we need to build...
Read More

Lawrence Unleashes The Potential of Businesses What's your story?I’ve worked everywhere but found my groove as a growth-stage business...

Contact Aditya to Learn How to Boost Your Team’s Creative Output What's your story?I’ve always had a knack for...
Load more

What I Found when I Simulated the Future Returns of Bitcoin

What’s Next for Google After Larry and Sergey’s Departure?

Japan is one of the most industrious societies in the world, but it has long been considered a land of contradictions. It changed from...
Read more

Robert Laing is the co-founder of Gengo, an exciting startup with a complex product- the power of translation.
Read more
Editor's Pick

With start-up culture’s rise in popularity, insight and transparency around the conditions that produce successful innovations are talked about more than ever. One of...
Read more
Editor's Pick

The online grocery wars are heating up and the stakes are far bigger than any battle between Amazon and Walmart. The real...
Read more
Startups

They say the economy has its seasons. Spring is when business is booming. In summer, growth slows, but revenues remain red hot....
Read more
Editor's Pick

Balance your coronavirus communication Businesses are known for exaggerating positive news and downplaying negative news. In times of the...
Read more
Editor's Pick

Kazakhstan, one of the largest countries in the world blessed with natural resources and now tech innovative investments. Kazakhstan has enormous national wealth, about...
Read more
Load more

A classical singer by training, Arthur Joseph founded one of the world’s most powerful voice and leadership training programs. What's your story? From my humble beginnings,...
Read More
Entrepreneurship

There’s been a lot of chatter in the press about the unbridled energy of a 20-something teaming up with the adult supervision of an...
Read More
Callum Connects

Catherine Molloy has enjoyed adapting to the Asian culture and way of life and is well and truly grounded across Asia with her businesses. What's...
Read More
Investors

Several successful exits has given Adnan credit as an investor. He and his family have been investing in entertainment for over 50 years. What's your...
Read More
Entrepreneurship

Saurabh runs a cafe in the Millennium city gurgaon, an IT hub near Delhi. Most of his clients are IT and Business professionals who...
Read More