After several delays to the release of the live-action adaptation of Mulan due to the pandemic, Disney has finally made a decision: it will release the film on its Disney+ streaming platform worldwide, except in China and markets where the platform is not available, where it will be released in movie theaters wherever possible.

The company says this is an isolated decision, taken only for this film and that does not mean it’s opening a new distribution window. The effect of the pandemic on Disney in particular and on the film industry in general leads one to imagine the need for the company to cash in on this big budget film as soon as possible — it cost around $200 million to make — instead of waiting for cinema attendance to pick up again, which may take an amount of time that could be very difficult to anticipate.

The formula chosen by the company for the premiere is striking: it will be available through the Video On Demand section of Disney+, at a price of $30 in the United States, and available only to subscribers, which means signing up to a $7 a month subscription. The decision seems to have weighed not only on the predictable popularity of the film, which has family appeal, but also possibly on the fact that it is the company’s first title with a PG-13 rating, which could restrict its popularity in theaters to some extent, but less so when released via streaming.

One of the fundamental problems for streaming platforms is churn: with the possible exception of Netflix, a pioneer in the market and with a strong position in the minds of a large number of users, many platforms find that people sign up, use the trial period, and cancel before the first payment, to continue from there simply by signing up for short periods when they know that the platform has content they are interested in seeing. Disney’s response is unequivocal: buying the movie gives you the theoretical right to watch it as many times as you want… as long as you keep your subscription active, and it is not even known yet for sure if it will still be there for viewing if you let your subscription expire and reactivate it at some point later.

On the other hand, the price set for the film suggests the company has simply calculated how much the average family would spend in a movie theater, without entering into considerations about how comparable the experience is on the big screen with surround sound and in isolation, compared to doing so in your living room, regardless of the size of television screens these days and quality sound systems.

How will the market react to a premiere at that price? Things have evolved in recent years. It has been shown that irregular downloads were not so much about price, but supply: when streaming platforms made a reasonably large catalog available to users at a reasonable price, large numbers of people stopped downloading from P2P sites, which are now struggling financially and locked in a race to the bottom: as their popularity has declined and revenue dries up, most download sites are now filled with an endless stream of junk pages loaded with low-quality advertising, spyware, malware and dangerous content. Today, going online to search for irregularly downloaded content is, in many cases, a risky proposition for the average user, and even more so if the content that he or she is looking for is in high demand.

Will Disney be able to overcome the problem of irregular downloading, or will moves like this feed the market again? Price elasticity is a well known parameter in the film industry: if the public has to consume content under certain conditions and at a certain price, the industry may find that these conditions are accepted — if for example, as the industry does, you compare that price with the alternative of going to a movie theater. But if the public considers these prices abusive and decides either not to buy the product or tries to obtain it by irregular means, people may end returning to a practice that had virtually ceased to be a problem for the industry.

At this point, and while waiting for its release on 4 September, it is difficult to know what will happen. If recourse to irregular downloads is not widespread and the premiere is a success, we might even see the industry begin to be tempted to consider movie theaters as a relic of the past, particularly considering that in the near future we may as well see movies in a huge virtual screen in our VR headsets and with an amazing sound using our headphones. If, on the other hand, we see again an upsurge in the use of download sites, or through other channels — from forums or instant messaging channels, to passing around USB disks — we will know that the experiment has been a failure. Or that, more properly, Disney got its price elasticity calculations all wrong. 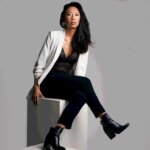 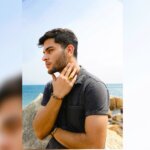 Graeme Bradshaw has Built the Largest Holistic Healthcare Institute in Asia What’s your story?As a farm boy in Tasmania I was always interested in nature and knew first-hand the health benefits. At University, I did my Science degree in biology and from there, I entered the field of natural medicine, training in Sydney as a […]
February 21, 2020March 6, 2020
Saving Bookmark this article Bookmarked

Niyati Designs Bespoke Luxury Diamond Jewelry You Will Love What’s your story?Growing up in Mumbai, with parents who worked in the fashion industry, I developed a fondness for design and art. I wanted to combine the two fields so I began with a degree in Fine Arts and then another degree in fashion design from […]
September 10, 2020September 11, 2020
Saving Bookmark this article Bookmarked

Creating and educating with clay. Find out how this entrepreneur links art and science as da Vinci did hundreds of years ago. What’s your story? I did psychology for my bachelor’s degree and then went on to do a masters in psychology by research where I did my thesis on a topic in clinical neuropsychology. […]
July 13, 2015July 14, 2015
Saving Bookmark this article Bookmarked

Making web marketing efficient…. especially in Asia. This entrepreneur has launched two websites recently and received phenomenal results in Hong Kong and Vietnam.. What’s your story? After studying corporate finance and at the end of my internship as an auditor, it was clear I would not work in finance and I would create my own […]
June 1, 2015June 1, 2015
Saving Bookmark this article Bookmarked

There is an awful lot one can learn from the remarkable Steve Jobs, of course, but one thing stands out to me–one single thing that can get lost among the many lessons his story offers: Failure. The people who change the world are not brighter than everyone else is; there are many bright people with […]
December 6, 2016December 6, 2016
Saving Bookmark this article Bookmarked

Amie Wang started her fitness business on the playmat next to her kids’ beds. So she thought, why not incorporate exercises into everyday life and play?! What’s your story? Pilates was love-at-first-try for me 15 years ago. Since then, it has been my go-to exercise for strength and flexibility. After two pregnancies, regular pilates practice […]
July 23, 2015July 22, 2015
Saving Bookmark this article Bookmarked

Yong Ng, Founder of Somewhere Else

To Yong Ng, a beginner’s spirit in business is important. Running a design outfit, he keeps his sanity and spirit by skating. What’s your story? I started my journey as a skate rat and now I run a small design outfit aiming to better the way we experience design. What excites you most about your […]
December 7, 2015December 4, 2015
Saving Bookmark this article Bookmarked

Audrey Tan and Lee Min Xuan are innovators. They are constantly seeking solutions to problems that pervade life. Importantly, they believe that money, whilst a burden to some, can and should be harnessed by everyone as an enabler. Before PlayMoolah, Audrey and Min Xuan were both studying at the National University of Singapore, and participated […]
December 16, 2013May 4, 2015
Saving Bookmark this article Bookmarked
Next