Like every year, end of May is the moment when the fabulous and awaited Internet Trends report from Mary Meeker of KPCB gets published. I’ve tried to give a look at this amazing piece of work with a platform perspective: what do the internet trends we’re seeing mean for the future of platform thinking? That was my original question.

This year issue of Meeker’s peek into the state of the internet is characterized by a strongly quantitative analysis: less trends are spotted — most of them are actually recurring ones, such as the key importance of experiences for brand success or the penetration of voice and AI — and more numbers are provided to testify an evident truth.

Indeed, new smartphones sales don’t grow much anymore YoY, while global internet users are growing steadily at 10% rate: this basically means we’re buying less phones in the west (mostly due to Moore’s law slowing down and making new phone buying less frequent) while a bit of growth is still happening in connecting countries such as India or the African continent.

In an internet where everyone is connected with anyone else and where we’re getting to the upper limit of attention time available (with screen time approaching 6 hours a day in the US), efficiency in connecting people with products and services is key.

Thanks to their data-centric nature and to the huge network effects that allow them to train machines and algorithms with an insane amount of data, Google and Facebook now dominate — and are on track to monopolize — global advertising, ensuring all of us can easily get connected with the right (?) product and services.

Amazon is continuously growing its footprint to the extent of, eventually, putting out of business, this year, the largest number of retailers in history. We’re finally noticing that retail as we know it (disconnected from the overall — digitally powered — buying experience) is cursed.

Giant tech companies are therefore dominating the business landscape, and the most interesting aspect perhaps is that they are continuously growing their feature base. Here’s the point: huge tech giants have something that other companies don’t have, they’ve network effects (and enormous user bases), and the agility to test and prototype new ideas rapidly.

Facebook now encompasses all the aspects of our socially-connected life, Amazon now sells directly under its brands — or child brands — things such as baby wipes, batteries, or bed linen.

Tech innovations such as AI, machine learning and conversational interfaces (all on the rise) will provide GAFA with even more potential to create seemingly personal relationships with customers, increasing their potential to deal with long tails with highly customized services and self-customization tools to let customers make the tweaks that they couldn’t anticipate.

God only knows what will happen when the penetration of IoT and connected devices will really cross the chasm: everything wants to be connected, and when it’s connected, it will be owned by the GAFA.

Soon machines will be able to fake human relationships

We now have an internet made of enormous platform-infrastructures, connecting entities in their huge ecosystems, providing them with the possibility to find each other precisely, and to trade value to an extent we never experienced before.

A few days ago, my good friend and italian digital icon Fabio Lalli, blurted on Facebook that with giants like Facebook now encompassing everything social and spurring new features continuously (at least test-validating them), it’s really hard for entrepreneurs today to think of something new and valuable, and be able to overcome the bullying of the GAFA bringing it to the market.

Similar reflections could probably be made for e-commerce entrants confronting with and Amazon, or business automation innovators facing the market domination of Salesforce, or similar giants.

So what’s left for us to invent in this internet?

The effect of the penetration of the GAFA, in parallel with the everlasting effort of existing incumbents to componentize and digitalize their business through APIs  is leaving modern entrepreneurs with an interesting set of tools to leverage on:

Despite “vertical” transaction-based marketplaces such as Airbnb and the likes have demonstrated that a clearly designed strategy and mission can achieve global growth and impact, I’m skeptical there’s still a lot of room for entrepreneurs to come up with a simple idea that can disrupt these transactional markets.

This may be hard, first because most of those simple markets are now already crowded with exceptional brands, and, furthermore, because it will be easy for GAFA and the likes — including these huge global transactional marketplaces like Airbnb — to jump into an adjacent market by enabling “just another” transaction type among their networks (think of Facebook Marketplace feature or the recent move of Airbnb into travel experiences).

It didn’t take much to Airbnb to move from beds and houses to experiences.

All these considerations make me think that the upcoming one is really the age of the so-called market-networks. As you may know, the term market-network, was coined by James Currier, efficiently describing something that (in his own words):

Market networks essentially rethink, facilitate and transform all the complex business processes and social workflows that will never be interesting to GAFA (due to the high fragmentation and niche nature of the opportunity) radically improving the overall experience of users and — often — professionals involved.

Early examples of market-networks include the famous houzz.com, Angelist, honeybook as mentioned by James in his seminal blogpost, but also growing brands like lendinvest or opendesk.

Differently from GAFA and the likes, that substantially grow their impact by trying to climb the value chain with feature pullulation, still being attached to the idea to be attractive to anyone, market networks start by providing high value to a restricted group of users (more in general to a niche market) and then grow their impact by trying to grow their ecosystem’s size, oftentimes creating multi-national branches.

We can reasonably expect the market networks of the future to be able to leverage more on integrating utilities, telco, retail and other traditional industries through APIs and smart contracts, growing their potential and the value generated for participants.

A bit of foresight — The Infinite Tail

The evolution of the internet infrastructure is pushing the concept of the long tail as we know it even further. We could argue we’re evolving into what could be called an “infinite tail”.

Having everyone connected to anyone else in a shared space of trade, and having enabling technologies at hand to leverage on almost infinite “resources as a service” — increasingly also in the “real” world thanks to API integrations and smart contracts — is going to annihilate the cost of organizing trade among uncoordinated entities.

We can expect then, to evolve into an age where ever-larger global, social and technological infrastructures — soon to be decentralized thanks to technologies like the blockchain — will power small markets in what we could call, indeed, an internet of markets.

In these small markets— be it a small consulting company working with ten key customers, a digitally enabled artisan carefully creating products for her small fanbase or, a music artist living off local shows and special vinyl record sales — reputation will be the key enabler of this infinite tail economy and players will thrive on strong ties and long term relationships, exactly the context that market networks should be set to address, most likely with a decentralized approach (empowering myriads of different small networks) that doesn’t necessarily need network effects to exist and thrive.

reputation will be the key enabler of this “infinite tail” economy made of strong ties and long term relationships, empowering myriads of small networks

Now seemingly alienating technologies like AR or VR will end up helping us bring presence to remoteness, tearing down the last barriers to a world of thriving, relational, infinite small markets. At that moment in time the evolution towards a real global market age will be completed and we’ll be out of the Taylor bathtub forever.

Platforms of the future may be different in shape and strategy but we can be reasonably sure that they will still need to be designed around the idea that relationships play a central role in modern business. 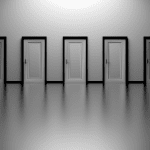 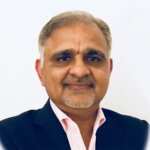 7 Ways Being More Confident Will Make You More Money

Building a business while fighting your fears is no picnic. Fear of failure, fear of success, fear of making the wrong decision, fear of having people follow what you do, fear that people won’t follow what you do. Holy moly, who’d want to have a picnic with those guys around? Left to their own devices, those fears […]
March 22, 2014November 9, 2014
Saving Bookmark this article Bookmarked

Establishing a small business can be difficult, but keeping it successful and expanding it is the real challenge. An enormous number of new businesses are struggling to turn a profit at any given time and only a small minority will survive to attempt to become something a little bigger and more successful. So what can […]
May 18, 2014November 9, 2014
Saving Bookmark this article Bookmarked

6 Questions to Understand a Product

10 things you must know to make your product stand out

In most cases, there are people selling the same product as you, but that doesn’t mean your product can’t stand out and it won’t be successful. As long as it brings value to potential customers that other similar competitive products don’t, you are likely to get noticed and more likely to make a sale. In […]
June 26, 2014November 9, 2014
Saving Bookmark this article Bookmarked

The Rise of eSports

On the evening of August 8, 2015, a 16-year-old Pakistani kid named Sumail Hassan laid down his headphones and stepped away from his computer where he’d been playing a video game called Dota 2. Fireworks exploded around him. He hugged the friends he’d been playing with. They had just won $6.6 million. With a neck […]
December 18, 2017December 18, 2017
Saving Bookmark this article Bookmarked

This Is How You Sell Anything

I have always said that everyone is in sales. Maybe you don’t hold the title of salesperson, but if the business you are in requires you to deal with people, you, my friend, are in sales. business china thailand Empirics Asia Member since September 16, 2014 Loading + Follow Following Our content is published by […]
August 15, 2014November 9, 2014
Saving Bookmark this article Bookmarked

Market conditions are rarely optimal, competition is rarely incompetent, funding is rarely sufficient, but that is why business owners have so much impact. Entrepreneurs in particular, compared to owners of more structured businesses, play a critical role in the success or failure of their small businesses. Successful Entrepreneurial Characteristics Someone who picks up new concepts quickly, […]
January 6, 2015January 6, 2015
Saving Bookmark this article Bookmarked
Next