On Tuesday, former Google CEO Eric Schmidt spoke at the Bipartisan Policy Center about artificial intelligence and global leadership, concluding that China will pretty much be running things from now on.

This is a position I have been defending for quite some time: Beijing’s approach, which we in the West consider unacceptable, has positioned China as a world leader in the technologies that will dictate the future of humanity, while the rest of the world sat back and watched or, in the case of the United States during the Trump administration, took steps backwards.

“China is on its way to surpass us in many, many ways, and they’re cleverly run in a way that’s different from the way we would ever want to run. We need to take them seriously… they’re going to end up with a bigger economy, more R&D investments, better quality research, wider applications of technology, and a stronger computing infrastructure.”

The Chinese government has long asserted, repeated at Communist Party congresses, that its model is not only different, but superior, and that the time has come for China to take center stage and make a bigger contribution to humanity. From a purely strategic point of view, China’s form of government and the reinvention of state capitalism carried out by Xi Jinping has produced any number of large, decisive and top-down initiatives, which implies a much higher degree of efficiency. In Schmidt’s words:

“The Chinese model is a vision of high-tech authoritarianism which is incompatible with the way America works. I’m not saluting it, I’m not endorsing it in any way, but I’m telling you to take it seriously (…) It has benefits from the standpoint of the strategic execution.”

Schmidt believes a world where China controls artificial intelligence and trade would not be a nice place for many of us, and highlights the need for a long-term, well-funded plan to counter Beijing’s hegemony by doubling R&D spending over the next five years. He adds that the way to fight China is not through a trade war, sanctions or executive orders, which is the approach taken by the Trump administration, but instead by moving faster and leaving China behind. Right now, the problem is not only that China is able to develop technology faster, more efficiently and with less resistance, but also that it is enjoying success in attracting and retaining talent.

These are issues that I’ve been discussing for a long time now, and they have a lot to do with the comments made a few days ago by Tim Wu in his article in The New York Times: China has behaved unilaterally unfairly, giving it a huge advantage in terms of leadership over the rest of the world, along with access to global markets while keeping its own out of reach.

Schmidt’s views are gaining wider traction, but the problem is that China has already won: the macroeconomic data has yet to prove it, but it has become the world’s leader in generating data to feed its algorithms, has more artificial intelligence patents, and is streets ahead in implementing cutting-edge developments. A surveillance society where resistance to planned and centralized management is impossible, a social contract accepted by much of the population in return for improved economic welfare.

As democrats, we might not like to live under such an authoritarian regime, but we might as well start accepting that to all intents and purposes, China has already won. 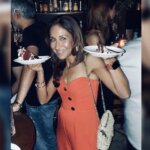 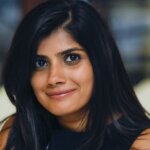 These are the questions every digital business is desperately trying to find answers to today. But as anyone who works in content marketing knows, it’s never that simple. There are no quick tricks or insider shortcuts; to achieve sustained traffic through organic search, you simply need to be in it for the long haul. But […]
Saving Bookmark this article Bookmarked

After a career in law and in business development and change management, award winning public speaker  Kaumudi Goda’s commitment to diversity and inclusion led to her founding several companies promoting those aims. What’s your story?  I am the Chief Operating Officer for MetaMind Training; Co-Chair for KeyNote; and Co Founder of the Inclusive Leaders Institute.  […]
Saving Bookmark this article Bookmarked

Pearlin Siow, Author of Boss of Me

Brenda Can Help You Regain Your Power What’s your story?I broke 2 Singapore records, wrote a best-selling book, and got cited by our Prime Minister at the National Day rally in 2008. Though these accolades did not happen overnight. Having flunked my O’levels, I enrolled in The Institute of Technical Education (ITE) school that was […]
Saving Bookmark this article Bookmarked

Samantha Sin, the founder of One Yoga Studio and Samantha Yoga. A young yogi who believes that yoga can change lives. What’s your story? Inhale….. try to focus on your breathing for a moment. Feel the air coming through your nose; into your lungs. Feel your lungs expanding… now, relax your shoulder, slowly exhale…. How […]
Saving Bookmark this article Bookmarked

Interesting interview with Jerome Tam from Hong Kong.  As well as a trip down memory lane to a world before YouTube, see if you can guess where the name of his company came from… What’s your story? My co-founder, Jake Sharp, and I met at the University of Leeds, where he studied New Media and […]
Saving Bookmark this article Bookmarked

A New Philosophy of Business

I’m about to ask you to take a mental leap. For the next 8 minutes, suspend your notions of what a business is, and I’ll propose a new lens for you to look through. There are a lot of questions asked around what “community” means for business. “Where should community fit in my organization?” and […]
Saving Bookmark this article Bookmarked

Inspired by his parents and early introduction into managing a family business, Poon Da Qian set up Butler In Suits, a professional home management service for busy professionals. What’s your story? I started my entrepreneurship journey at the age of 15 helping my mum manage the daily affairs of the family F&B business. My father […]
Saving Bookmark this article Bookmarked
Next