Phil Knight grew up in a strict, conservative family. His dad, a lawyer, wanted to make a decent man out of his son.

“You see, Phil’s dad worshipped at the altar of respectability. He wanted a son who was respectable, with a nice house, good wife, and obedient kids.” — Derek Wydra, Shoe Dog Summary

The son, however, had other ideas in mind.

After graduating from the University of Oregon with a Degree in Journalism, Phil felt lost in life. He had no idea what he wanted to do, so he enlisted in the Army.

Having served one year in the Army, Phil was still confused, so he followed his gut and joined the Stanford Graduate School of Business.

Soon, he got an assignment to invent a new business. He came up with a business plan that was centered around selling shoes. His paper was titled ‘Can Japanese Sports Shoes Do to German Sports Shoes What Japanese Cameras Did to German Cameras?’

“I’d spent weeks and weeks on that paper. I’d moved into the library, devoured everything I could find about importing and exporting, about starting a company.” — Phil Knight, Shoe Dog

His classmates listened to his presentation with the usual “formal boredom.” Little did they know that this college paper would one day turn into one of the world’s most valuable companies, Nike.

$500 Airplane Ticket That Led to a Billion-Dollar Company

After graduating from Stanford, the shoe business idea was still just an idea, and Phil was still a confused twenty-something who had little understanding of what he wanted to do next in life.

Instead of waiting for the inspiration to strike in his bedroom, Phil bought a one-way ticket to Hawaii. Then, he traveled all across Europe, Asia and Egypt. For his last stop, he thought, Japan might be a good place to swing by.

When he got there, Phil was shocked at the shoe prices. They were so low! There must be an opportunity here, he thought.

With no business experience whatsoever, this twenty-something graduate did what any young man would in his shoes (pun possibly intended): he set up a meeting with a Japanese shoe manufacturer, Onitsuka.

Sitting across the conference table from a dozen Japanese corporate suits, Phil hears the question: which company do you represent, Mr. Knight?

Luckily, it was the year 1962 — so it wasn’t exactly expected for a company to have a website — and Onitsuka were indeed interested in expanding their distribution to the U.S.

With no money, Phil placed an order for a thousand pair of shoes. He had no idea where he would get the money to pay for the order. But he did have faith.

When he came back to America, he told his former running coach, Bill Bowerman, about his Japanese adventure. Bill put up the money for the initial order, and became the co-founder of Nike.

No Great Idea Was Ever Discovered On the Couch

So many of us are in a similar situation where Phil Knight was in his twenties. A college graduate, with a meaningless degree and no idea what to do in life.

I’ve been in this situation. Both of my unfinished studies in Economics and Econometrics resulted in a lesson that I could’ve figured out after 1 hour on Youtube: this is not for me.

My problem was that I was waiting for the solution to magically fall into my lap. My realization was that it doesn’t.

Instead, I wish I could turn back time and do what Phil did. I would buy a one-way ticket to Japan, and see where the journey takes me.

This submitted article was written by Alan Trapulionis, a writer at The Entrepreneur’s Handbook. See more of Alan’s work. 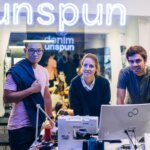 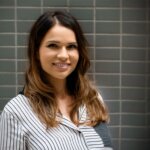 In 1955, Sam Goi left his hometown Fuqing in Fujian province at the age of six and came to Singapore to seek a better life with his family. An entrepreneur at heart, he left school in his teenage years and started businesses including motor rewinding and ship repairing. However, he soon recognized the global reach […]
September 27, 2015September 27, 2015
Saving Bookmark this article Bookmarked

The ROI of Innovation

As product managers, we are often asked a single question when we propose a new product: What’s the Return on Investment (ROI)? What’s the ROI of innovation?
January 19, 2017January 19, 2017
Saving Bookmark this article Bookmarked

Inspired by ‘stories forgotten and familiar’, Ayesha Kohli has combined her passion for storytelling and textiles in her cashmere business, Ayesha Cashmere.   What’s your story? I am the founder of Ayesha Cashmere . I design and produce cashmere scarves, inspired by stories forgotten and familiar. I have loved textiles, print and pattern all my […]
October 29, 2015October 28, 2015
Saving Bookmark this article Bookmarked

Women on Top in Tech – Roshni Mahtani, CEO/Founder at Tickled Media and theAsianparent.com.

(Women on Top in Tech is a series about Women Founders, CEOs, and Leaders in technology. It aims to amplify and bring to the fore diversity in leadership in technology.) Here is my interview with Roshni Mahtani, CEO & Founder at Tickled Media and theAsianparent. Roshni is also actively involved in the start-up community. In 2015, she founded […]
May 26, 2017June 8, 2017
Saving Bookmark this article Bookmarked

The power of brands. This is what has fascinated and inspired Catherine to start up her consultancy. What’s your story? I’ve always been fascinated by the amount of love consumers have for certain brands; paying premium prices, overnight queues, long wait-lists and unquestioned loyalty.  I started searching for why they are so fascinated by certain […]
July 9, 2015July 9, 2015
Saving Bookmark this article Bookmarked

Wong Kai Wing is giving his creative all to crafting visual effects to illustrate a story. What’s your story? During my youth, I had no dreams. I didn’t think or aspire to be anyone. I wasn’t the brightest in school, in fact far from it. With borderline academic passing grades and no direction in life, […]
October 3, 2016October 10, 2016
Saving Bookmark this article Bookmarked

Leon Provides Effective Leadership to Start-ups What’s your story?  I am a simple European Kenyan born Australian who, having grown up in the bush down under, grew up with a desire to help the community. After 15 years as a ferocious entrepreneur and leader in the energy services sector, I am now trying to apply […]
December 13, 2020October 21, 2020
Saving Bookmark this article Bookmarked

The Malaysia based venture capital fund focused on online classifieds businesses in emerging and frontier markets will invest US$3.5 Million into PakWheels.com Over last 10 years, PakWheels.com has helped millions of Pakistanis buy & sell cars and bikes, read automotive reviews and news, check automotive prices and find solutions to their automotive needs. Despite the […]
November 11, 2014May 4, 2015
Saving Bookmark this article Bookmarked
Next