When I boarded the flight to Toronto on 31st August 2010 little did I know that I would end up losing my entrance scholarship after my very first year of university.

Being an international student is a struggle in itself. Staying away from family, having to do all the daily chores whilst balancing studies isn’t something every southeast Asian boy/girl is accustomed to.

The transition from a confused science geek into an aspiring engineer dreaming of constructing electric vehicles was not smooth.

Although I did manage to do well, it was not good enough to hold onto my entrance scholarship at the University of Toronto. I was feeling guilty in having to ask my parents to fund all the expenses from then onwards because, let’s face it, paying upwards of $33,000 was by no means possible for a college student working a side-job in a call center.

I had more aspirations. A desire to venture into the world of finance- the stock markets, private equity, investment banking, and the likes.

But neither did I have the educational background, nor the extra finances to pursue a higher qualification or a specialized master’s at that point. A couple of years rolled by when my friend and I had discovered Bitcoin one fine afternoon.

In the summer of 2012, after having completed a rigorous computer programming and engineering dynamics course, I was contemplating buying some bitcoin with my friend to celebrate the fact that we had managed to pass!

We were intrigued by the mysterious aspect of its founder Satoshi Nakamoto and how he had managed to keep his identity hidden 4 years post the launch of this unique cryptocurrency which we can all see, is now reshaping how people think about money.

I bought 10 bitcoins through an app called Coinbase when it was trading around $5 per coin.

The cryptocurrency had risen in value from around $2 near the beginning of December 2011 to around $13 by the end of 2012. If the Mayans were to be believed I would have made a return of 160% by the time the world ended!

To my delight, the world didn’t end, and neither did I cash out my initial purchase towards that point.

Stories of a gentleman named Laszlo Hanyecz using 10,000 bitcoins to purchase two large-sized pizzas did demoralize me into thinking if I should cash out, but greed and curiosity kept me from acting on my impulses.

By the time I graduated from university, I had a mechanical engineering degree in my hand, a passion for finance in my heart, and a close-knit circle of friends and family near my Convocation Hall at the University of Toronto, waiting anxiously to clap for my achievement.

Having spent upwards of $140,000 in tuition and living expenses I was rather dumbfounded when I was about to utter to my parents my desire to study for another degree regarding a different subject matter.

The good thing about being 23 vs 18, is that your parents would at least hear you out!

And so, my eyes were locked onto Imperial College London and their Masters in Finance programs.

I worked for a couple of startups and eventually managed to sell out my stakes in one of them which helped pay off my student loans and also provided me with an additional cushion with regards to funding.

Afterwards, I did an MSc at the University of Kent on the basis of a discounted tuition fee and also gathered experience about the Bangladeshi Capital Markets before I started my MSc at Imperial.

But this time I had the liberty to pay off my tuition for my dream university. You see, during 2017 bitcoin was all over the news it reached a value of close to $3000 by mid-June when I finally started retracking its price movements.

As I continued to witness the sharp rise of Bitcoin, the South Sea Bubble scenario popped up in my head. People were literally paying a hefty lump sum for a single unit of the cryptocurrency.

I was into the stock markets by that point and I did manage to grasp human behavior very well. I had witnessed many investors regretting their decisions to not sell when the price of their stocks was on the rise only to later sell it at a hefty discount.

I didn’t want to be one of them, and with a deep desire to pursue further studies, I decided to cash out my investment which virtually cost me nothing.

I wasn’t lucky enough to cash out at $19,783, but I did manage a handsome return on my 10 bitcoins to fund my MSc at Imperial and potentially allocate some to equities if need be, so I was more than content.

Dating back to October 2010, when I was sitting near my study table, staring outside the window, witnessing snowflakes fall from the sky, the 18-year-old me was busy overanalyzing his personal monthly budget as opposed to thinking about his calculus quiz the next day.

Whilst many of us continue to worry about where our next paycheque will come from, it always pays to invest in the future.

Be it Bitcoin, stocks, bonds, real estate, or gold, an investment will reap fruitful rewards to those who are patient enough to hold onto them through their heydays and continue to bolster their knowledge.

This submitted article was written by S I Ahmed, an academic & a former investment analyst. Currently a Ph.D. candidate at Aston University. Enjoys writing on a variety of topics to satiate curious minds. 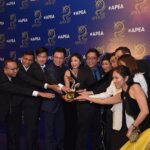 There’s been a lot of chatter in the press about the unbridled energy of a 20-something teaming up with the adult supervision of an MBA as the new formula for success. Some enterprising researchers have found a correlation between the two, and in the world of startups, correlations lead to funding trends. The poster child […]
November 2, 2014November 9, 2014
Saving Bookmark this article Bookmarked

As the co-founder of the Groza Learning Center in Pacific Palisades, California, Scott Groza has relied on more than a decade’s worth of teaching experience to create an enjoyable and rewarding learning environment in which students are consistently challenged in a manner that leads to measurable academic gains. In your own words what do you […]
July 3, 2017July 3, 2017
Saving Bookmark this article Bookmarked

Should You Worry About What Others Think Of You?

Over the course of teaching for more than 15 years, I have experienced many embarrassing moments. One occurred last year, when I mistakenly failed to switch off my lapel mic during a bathroom break for a class. (Thankfully, I only used the wash-basin and not the toilet!) My mistake — of not switching off the […]
August 24, 2016August 24, 2016
Saving Bookmark this article Bookmarked

Using Scientific and Holistic Methods, Kim Makes Skin and Health Concerns Disappear What’s your story?I am of vietnamese descent and grew up in Canberra, Australia. My journey to Australia as a little refugee kid left a few emotional scars that later manifested into skin and health conditions. In search of answers, I  became a skin […]
September 23, 2020September 24, 2020
Saving Bookmark this article Bookmarked

Anh is making a global impact in higher education with her work at Dyad. ” What’s your story? I’m a chef, designer and entrepreneur in Shanghai. I moved here about 3 years ago from Houston, Texas looking for adventure, and boy did I find it! From catering parties, to developing content strategy, to designing websites, […]
August 30, 2016September 6, 2016
Saving Bookmark this article Bookmarked

Guillaume Connects People Through Live and Digital Events What’s your story?My story is pretty simple. I fell in love with Asia and knew that it was the best place to start a business. I moved to Singapore just under a decade ago and started my journey as an entrepreneur when I opened my events management […]
June 2, 2020June 2, 2020
Saving Bookmark this article Bookmarked

Lou and Thibaut Built the Ultimate Good-Mood Boosting Franchise: Funky Music, a Friendly Staff and Delicious French Tartes What’s your story?Our story is simple and short. It’s the story of two best friends who couldn’t find a good French tart in Hong Kong, so they decided to open their own tart shop. We were both French, […]
March 30, 2020March 30, 2020
Saving Bookmark this article Bookmarked

Jeff Tan had a military career cut short, he moved to Shanghai and set up two businesses. What’s your story? I started life flying helicopters with the Singapore Air Force straight after high school fully expecting to retire at 55. Somewhere along the way, the rules changed and all military officers were told that we […]
August 7, 2017July 28, 2017
Saving Bookmark this article Bookmarked
Next