He walks in to greet us and starts cracking jokes. Full of passion and charisma, his knowledge of every single detail of his company is evident. Spending time with Tony Fernandes, the founder of Air Asia, is an education in leadership and management of a unique kind.

I ask him what is it that makes this company so different, so successful, and so passionate about everything it does, creating a culture that shows on the faces of every single person in the company. He says, “Our corporate culture is it. It’s what makes us.” And it’s what makes this such a powerful story; Tony Fernandes is not an ordinary CEO and Air Asia is not an ordinary company.

Walking with him across the one floor where the company exists is like walking with a rock star getting ready to go on stage, except that every single person he says hello to is not a fan but part of the band (or brand for that matter). Management sits on one huge stage in an open space office, where the chief pilot has a corner desk looking at the operations team, which is right next to the flight attendant team, which is right next to the reception area, and where there is no call center but an online chat customer service team.

(Tony says that he shut down the call center because there was no use for it and it was not doing what it is supposed to do. So his website, where the client comes, books, pays, and complains, or rejoices, is one big happy floor– all connected, all visible, and all orchestrated by Tony).

If you did not know this was an airline, you would think you were walking into a dot com company, with a chief evangelist living in Kuala Lumpur, not in Silicon Valley.

So what is this corporate culture that changes lives and makes this company one of the most successful airlines in the world? It asks the question, “Hierarchy, what hierarchy?” Tony is a leader and a manager, but he is one of the team also. So his office is smack at the heart of the company, with no walls and no doors. Everyone sees him and he sees everyone. He is Tony to everyone and he is in his polo shirt and with his famous baseball cap. His only vice is that he gets a special parking slot right next to the door of his building, for his two-door white Peugeot.

Stepping out of his car to his office, which is next to the passenger terminal, he is stopped by clients who want his autograph and to take a photo with him. He talks to them, carries their bags, checks them in and walks the aisles of the plane.

So, can corporate culture be the only competitive advantage of a company? You bet it can. In a business of people, people make and break companies, and their happiness is what matters most. You can buy the best airplanes in the world and they will cost you hundreds of millions of dollars, but if you do not have the people to make this investment in your planes worthwhile, you’re going to vanish. The airline industry is filled with brands that one never thought would not exist today. Yet Tony, with his simple idea that people matter, and his ability to walk the talk, has created the ultimate people’s company, with billions of dollars in revenue and hundreds of million in operating income. How many companies could achieve such incredible margins, and how many airlines could run 100 aircrafts, with over 300 takeoffs and landings a day, and still make this much money? It’s a rare commodity by any rubric.

Tony Fernandes throws Michael Porter’s theories about the airline industry into disarray. Tony defies MBA theory, and gravity, just because his corporate leadership and management is one that makes working for an airline as cool as working for Google or Zynga or Facebook.

After 4 hours with tony, eating airline food with him at the open air cafeteria with every single trainee, captain, and ground handling staff, I walked away thinking that I just went to leadership school, and learned what I have always known: walking the talk is not a theory, it is life itself in the corporate world, in the leadership world, and in the consumer world, where customers rule through instant feedback on Facebook, Twitter, and everything in between.

So while we may continue to look West to learn, sometimes the real lessons occur where East converges with South, mixes with “down to earth,” and is energized by the magic touch of a leader who makes working a pleasure and puts a smile on every face. 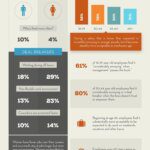 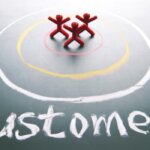 Next story :Four simple steps to understand what your customers value

How a Frustrated Worker Founded a $11 Billion Dollar Company

Sometimes, taking the leap of faith and committing to your vision takes you further than you think. billion china thailand Empirics Asia Member since September 16, 2014 Loading + Follow Following Our content is published by a team of authors & contributors stemming from multidisciplinary backgrounds, experiences, achievements and various expertise. Together they form a […]
July 7, 2015July 7, 2015
Saving Bookmark this article Bookmarked

Vinita is hoping to help people understand themselves better, bringing good health hope and fulfillment into their lives. What’s your story? I moved to a small town in South India (Mysore) after I got married at the age of 20. I continued my studies after motherhood at 21 and completed my masters in English literature […]
May 10, 2016May 10, 2016
Saving Bookmark this article Bookmarked

Audrey Tan and Lee Min Xuan are innovators. They are constantly seeking solutions to problems that pervade life. Importantly, they believe that money, whilst a burden to some, can and should be harnessed by everyone as an enabler. Before PlayMoolah, Audrey and Min Xuan were both studying at the National University of Singapore, and participated […]
December 16, 2013May 4, 2015
Saving Bookmark this article Bookmarked

Stephanie Barros is playing a small part in helping others reach their full potential. What’s your story? For over 25 years I have been working in the corporate environment but recently I decided to leave and pursue my passion. Over the course of my career I held various roles, in varying functions and multiple capacities. […]
June 11, 2018June 7, 2018
Saving Bookmark this article Bookmarked

A love for high-end fashion has led Stephanie Crespin to Singapore to start her own luxury fashion business. What’s your story? Born in Japan, I’m a Belgo-French entrepreneur that spent most of my life between Tokyo, Bangkok, Paris and Brussels, shaping my love for fashion. Owner of a double master’s degree in business engineering and […]
September 29, 2015September 25, 2015
Saving Bookmark this article Bookmarked

Wilson Teh has had an entrepreneurial spirit from the age of 7! He now runs a successful interior design firm. What’s your story? I am a proud father of 5 adorable children and a husband to my loving wife, Ma Li Li. I relate managing a business to being the main man of the house […]
October 3, 2017October 3, 2017
Saving Bookmark this article Bookmarked

The legal sector has operated in the same way for decades and technological advancements that have become central to the development of other industries have now left it falling behind its competitors. The sector is not unaware of the potential for advancements like artificial intelligence and blockchain to increase the efficiency and accuracy of internal […]
April 3, 2019April 3, 2019
Saving Bookmark this article Bookmarked

Asia Is Modernising Its Business Environment