In April, when video of a manhandled United Airlines passenger surfaced, the ensuing dustup seemed familiar to Wayne Hoyer, chair of the Marketing Department at McCombs. The airline’s stonewalling response and the public blowback recalled another viral video from eight years before. It involved the same airline, a manhandled guitar — and a customer determined not just to get mad, but to get even.

Musician Dave Carroll first got upset (justifiably, most would agree) when baggage handlers broke his $3,500 guitar. After nine fruitless months of dealing with customer service, he turned his attention to YouTube. A music video titled “United Breaks Guitars” racked up 15 million views, and the airline’s stock price fell 10 percent the week of its release.

To Hoyer, the two incidents display not just a failure to learn a lesson but also a larger failure on the part of corporate America: to grasp the magnitude of the damage that can now be done by a single disgruntled customer. When a company wrongs that customer, the response can go far beyond nasty letters and bad Yelp reviews. It’s a qualitatively new kind of consumer behavior, he says, and he dubs it “consumer brand sabotage.”

“One negative review is not going to do major damage,” says Hoyer. “In this case, the customer has decided they really want to hurt the brand. The online world gives them the ability to do that.”

The vengeful consumer doesn’t even have to be a customer, he notes. In 2013, David Karber had a beef with upscale clothier Abercrombie & Fitch: Its CEO stated that he didn’t want overweight and other “not-so-cool” kids wearing his company’s fashions. Karber struck back by filming himself as he gave out A&F clothes to the homeless. Over the next 10 days, the company’s BrandIndex score — a measure of positive perceptions among 18-34 year olds — tumbled 20 percent.

The issue, says Hoyer, is not only how companies can keep from fumbling in the first place but also how they can avoid making an already-bad situation much worse.

In the past, he explains, a person could gripe only to small circles of friends. Today, social media can amplify one grievance a million-fold, if it provokes strong enough feelings in viewers. Both United videos generated sympathy and outrage. “For those who trust and like United Airlines, they likely felt betrayed by them, and this motivates them to spread the word,” Hoyer says.

Besides recognizing brand sabotage as a new phenomenon, corporations need to know what motivates lone consumers to launch it, he adds. When a firm makes a customer service mistake, it needs a strategy to control the reputational damage before it gets out of hand.

In new research with colleagues from the University of Bern, Switzerland, Hoyer takes a first step in that direction by trying to understand a saboteur’s motivation.

What kinds of thoughts drive an unhappy consumer to more extreme tactics? The researchers began by interviewing seven brand saboteurs. For comparison, they also talked with five who retaliated in less aggressive ways, like negative word-of-mouth or boycotts.

The saboteurs weren’t hard to track down. Many identified themselves online, and all were happy to talk about their work.

A key difference, Hoyer found, was in motives. For less-aggressive consumers, the goal was often venting anger: like a shopper who paid for a purchase with 32,052 coins. Others wanted a company to acknowledge their complaints and correct its behavior.

Brand saboteurs, on the other hand, had given up on trying to fix a bad corporate relationship. Confessed one, “There isn’t any benefit to contacting them, because they don’t really care about complaints unless they affect the bottom line.”

Instead, their overriding goal was to inflict public relations pain. Says Hoyer, “They’ve burned their bridges with the brand, and they just want to hurt it.”

The researchers found a similar split when they surveyed 683 consumers. The subjects read scenarios that ranged from negative comments up to brand sabotage. For each behavior, they were asked to imagine what the motivations might be.

For brand sabotage, they rated intent to harm as the strongest motive: 6.34 on a scale of 1 to 7. For less extreme scenarios, the top goal was restoring fairness, at 5.74, followed closely by venting negative emotions at 5.59.

Not everyone follows the same road, though. The researchers found two principal paths, depending on what the company originally did to wrong or upset their customers.

For some, the path begins with a performance failure. A customer feels burned by a defective product, inaccurate bills, or delivery snafus — or in musician Carroll’s case, a busted guitar.

A second kind of saboteur gets offended by something less concrete: a company’s values. “If a company does something to damage the rainforest in Brazil, someone might get upset,” Hoyer says.

Performance-based triggers, he found, take longer to escalate to the level of sabotage. Customers hope their initial complaints will get resolved, but they get angrier with each rebuff. Reported one, “I contacted them so many times. If they had reacted or written to me earlier, I would not have gone that far.”

By contrast, consumers distraught over values are more likely to jump straight to more extreme measures. Hoyer presented 263 subjects with scenarios and asked how they would react. While only 17 chose sabotage, 13 of those were reacting to a value-based trigger.

Customers Are Social Media Savvy; Companies Need to Be, Too

The good news is that many potential brand saboteurs show signs ahead of time. “These actions are generally not spontaneous,” says Hoyer. “They’re very thoughtful, and you need to detect problems before something occurs. You need to ask yourself, ‘How can we prevent this from happening?’”

One approach is to monitor mentions of the firm in social media. “Certain keywords are signs that someone intends to damage the brand,” Hoyer says. “They could be using words like ‘hurt’ and ‘harm.’ When these phrases come up, you need to identify individuals and try to restore a positive relationship, to take care of their problems.”

How does a company repair a relationship? If it takes a second look and decides the grievance is justified, a letter of apology might help, along with asking how to make the customer happy — and then acting on it.

If it finds that the anger is based on a false impression, the company can send a counterstatement. “You’re clarifying that this situation wasn’t something you did or was something beyond your control,” says Hoyer.

Value-based sabotage is harder to foresee than performance-based, but he suggests that firms periodically assess the positioning of their brands. It’s fine to focus on specific segments of customers, but if its marketing unintentionally offends other groups, like the “not-so-cool,” the company can make changes before one of them goes rogue.

In either case, firms need to take sabotage seriously and plan ahead for how to prevent simple grievances from growing into something worse. In the case of United, he says, “I think this incident really took them by surprise, and the current CEO didn’t know how to deal with it. Companies need to do a better job to avoid more serious longterm consequences.”

This article was written by Steve Brooks, a writer at Texas Enterprise an organisation created to share the business and public policy knowledge created at The University of Texas at Austin with Texas and with the world. see more. 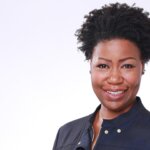 Next story :Easy to invest. Impossible to exit?

In Capital in the Twenty-First Century Thomas Piketty among other things traced the history of the distribution of income between those whose income is derived from capital and those whose income is derived from other sources, notably labour, and forecast that in the absence of shocks such as world war or economic depression this distribution […]
November 20, 2018November 26, 2018
Saving Bookmark this article Bookmarked

Protect your brain from commercial persuasion. Free yourself of reacting emotionally to what the media is putting in front of you. Rewind to the 1960s and the golden age of advertising. If we want to be kind, the advertorial zeitgeist could be described as “aspirational”. The blooming Madison Avenue lifestyle ads were intentionally designed to […]
June 15, 2020June 18, 2020
Saving Bookmark this article Bookmarked

Business models can take various forms, depending on a company’s strategy and the way their products and services are dispersed to the market. The taxonomy of business models defines two opposing camps: pipes (a.k.a “pipelines”) and platforms. “Pipes” refers to physical infrastructure and assets that help create products and services, metaphorically pushing out these goods […]
June 24, 2019June 24, 2019
Saving Bookmark this article Bookmarked

How To Effectively Manage Remote Teams

The Internet has truly changed business and commerce as we know it. We’re playing in a truly global economy now, and that makes international teams a valuable asset for any business, large or small. The internet is also what makes it possible for such remote, “virtual” teams to exist, allowing everyone to connect and exchange […]
October 24, 2015December 27, 2015
Saving Bookmark this article Bookmarked

The Importance Of Useless Knowledge In Business

Although managing a business, or even a small part thereof, is a complex task, the solutions for solving problems often seem deceivingly simple. Managers resolve even the most complex issues with a two-by-two matrix or simple lists of steps. Most management books simplify the complicated world of business by providing attractive solutions with a high level of […]
April 1, 2021April 1, 2021
Saving Bookmark this article Bookmarked

Plant-based milk alternatives are more popular now than ever before. Starbucks has soy, coconut, almond, and oat milk at the ready for your morning coffee. Leading plant-based drink brand Oatly has developed a “barista blend” oat milk that steams and froths just like the real thing. Even my grandmother now has almond milk in her […]
November 18, 2020November 18, 2020
Saving Bookmark this article Bookmarked

Imagine for a moment that Uber drivers, rather than Uber stockholders, own Uber. That is one way to understand what a platform cooperative is. Uber is a company built on a software platform that connects service providers with customers. As a platform co-op, it would be owned by the people who provide the service, by […]
January 27, 2020March 27, 2020
Saving Bookmark this article Bookmarked

The Third Generation of Internet Music

Broadly speaking, music & the internet has had two phases so far: Phase 1: the great disruption Let’s call it the Napster moment. It led to the first new status quo. The rule it imposed was this: “anything that can be stored in digits can be communicated digitally through networks.” (this rule has also been […]
August 29, 2019August 29, 2019
Saving Bookmark this article Bookmarked
Next