Artificial Intelligence has been around for decades but only in recent years has it advanced to a level where it’s getting both exciting and scary.

On one hand, artificial intelligence has started to open doors to things like cashless checkouts, voice assistants and more.

On the other hand, people like Elon Musk has indicated his fear of AI growing uncontrollable where it reaches a “point of singularity”, which basically means when machines grow so advanced that we fail to control them.

With COVID-19 hitting the world recently, one startup called BlueDot not only helped with identifying the origin of the virus but also found out way before many others did.

BlueDot is a Toronto based startup started by Dr. Kamran Kahn in 2008. Their main goal is to help protect people worldwide from infectious diseases through anticipating risks through human and artificial intelligence.

Dr. Kahn himself was involved in the frontline of an epidemic that many know as SARS or Severe Acute Respiratory Syndrome. The outbreak ended up going on for six months and killed a total of 774 people in 29 countries.

For him, it was an eye-opening experience that the world was changing and humans were fighting a massive battle against new diseases. This was his main inspiration in starting BlueDot.

One of the challenges is not just that we are seeing the emergence of new diseases at a pace we’ve never seen before but that we are spreading those diseases around incredibly quickly.

Each year, about 4 billion people board commercial flights and travel almost seven trillion kilometers around the globe. That’s about 20,000 round trips to and from the sun. Obviously, we needed better technology if we were going to keep up with the accelerating spread of diseases. — Dr Kamran Kahn

So how does their AI work?

What makes their cloud-based GIS tool powerful is its ability to ingest data outside of health care sources. This means taking data such as worldwide movements of travelers, climate data as well as data from local sources from healthcare workers or journalists. Altogether, this can mean up to 100 000 online articles in a variety of languages each day that is being processed.

Like how many natural language-based AIs work, data needs to be classified and labeled in order to identify relevant keywords. This model is then used to apply machine learning to help identify trends and cases.

By utilizing the AI to churn through the data, it means only a handful of vetted information is checked and then released into the system. This process would otherwise take years for a human to do which an AI can do in a day.

For BlueDot, it means providing valuable near real-time disease surveillance for its users.

Like the insights dashboard above, this gives out regular alerts to health care, government or other clients with information around potential outbreaks or other related things it discovers.

How did they spot the coronavirus?

On December 31st, BlueDot identified an outbreak in Wuhan, a few hours before the first cases were discovered in Wuhan. The system helped flag articles in Chinese that reported around 27 pneumonia cases which were related to the seafood and live animal market.

The information was confirmed and then relayed to the clients, weeks before any official announcement was made by the government. BlueDot also helped anticipate a high volume of travelers from top cities that visited Wuhan including Thailand, Tokyo, Hong Kong, South Korea, and Singapore.

Most of these countries have the highest amount of cases worldwide.

What is fascinating is that this isn’t BlueDot’s first identification on an outbreak. In the past, it has helped successfully identify where the Zika virus would spread as well as the Ebola outbreak from West Africa.

This showcases how powerful Artificial Intelligence can be when tracking infectious diseases days and weeks before the rest of the world knows.

What can AI do now vs the future around the coronavirus outbreak?

BlueDot showcases how powerful AI can be in helping prevent a worldwide outbreak. The key feature is its ability to churn through millions of pieces of data that would take years for a human to process.

But it’s important to note that there is a limit of what AI can do as well.

With BlueDot, reports that are done by the AI still needs to be verified and checked before presenting the analysis further.

By no means would we claim that AI has got this problem solved. It’s just one of the tools in the toolbox. We don’t use artificial intelligence to replace human intelligence, we basically use it to find the needles in the haystack and present them to our team for further investigation and analysis. — Dr Kamran Kahn

On the other side, even if the information is received, what you do with it is also important. Human intervention will always be needed and COVID-19 showed the importance of this.

Right now, AI is helping not only track the spread of AI but in China, it is helped being used on an operation level such as robotics as well as navigational AI (for ambulances).

For the future, there is a greater opportunity to help prevent the next coronavirus pandemic.

There are other startups like Nanox which is a mobile digital X-ray system that utilizes AI-based software to help diagnose infections.

The plan is to install these in public places such as airports or train stations so early detection of medical conditions can be discovered.

Additionally, the response from a situation like this will be much better.

As data gets more plentiful, the ability to process and produce actionable insights become even greater.

Startups like BlueDot and Nanox are examples of how AI can help humans work together with Artificial Intelligence to prevent coronavirus styled pandemics in the future.

This submitted article was written by Richard Liu, co-Founder of Yought. see more. 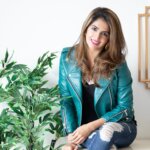 Next story :An analysis of the IPOs in Europe in 2019

The Mind Games of Marketing

SINCE the dawn of commercialism, marketers have been trying to influence customers to choose their products or services. The challenge is that a customer’s decision making process is based on a vast number of factors. It is virtually impossible to influence them all. The smart marketer usually aims to establish a balance by appealing to […]
April 29, 2015April 29, 2015
Saving Bookmark this article Bookmarked

The Brittle vs. Ductile Strategy for Business

Companies and startups often pursue a path of “brittle strategy” and in it’s execution, it can be translated, in layman terms, into something like this: Heard about the guy who fell off a skyscraper? On his way down past each floor, he kept saying to reassure himself: “So far so good… so far so good… […]
October 22, 2017October 22, 2017
Saving Bookmark this article Bookmarked

(Women on Top in Tech is a series about Women Founders, CEOs, and Leaders in technology. It aims to amplify and bring to the fore diversity in leadership in technology.) Here is my interview with Lisa Kuhn Phillips, fintech professional and seasoned financial services leader. A ‘Why Not’er + Silo Buster + Pattern Finder ( […]
February 8, 2017September 11, 2017
Saving Bookmark this article Bookmarked

One of the great things about being an expat in Asia is the way other expats rally around to help you settle in and find your feet.  Fortunately more than a few of those people have the entrepreneurial spirit and are able to extend that help to a much wider audience.  Christine Edwards is definitely […]
December 13, 2014May 4, 2015
Saving Bookmark this article Bookmarked

Janelle Tan has always aspired to impact people’s lives. With her own business, she has been able to achieve her life-long aspiration now and for future generations of individuals. What’s your story? As a graduate in the late nineties, my only aspiration was to impact people’s lives in whatever I did. This led me into […]
November 4, 2015November 3, 2015
Saving Bookmark this article Bookmarked

Music has carried Genevieve Seah through the ups and downs of life and is now her career. What’s your story? I am a student by day and singer by night. Currently a jazz vocal performance major at LaSalle College of the Arts. Started piano when I was 5, but ended up disliking the strict and […]
February 27, 2017February 24, 2017
Saving Bookmark this article Bookmarked

Lessons I Learnt About The Chinese Startup Scene

Without a doubt, the startup scene in China is extremely active. It’s borderline crazy about startups, VCs and related topics. Personally, I’ve been to some 50+ startup events and worked with literally hundreds of entrepreneurs and startup supporters over the last year. There are hundreds of startup, tech and other events infusing Chinese cities on […]
December 31, 2015December 31, 2015
Saving Bookmark this article Bookmarked

These are 13 steps that will ensure that you survive as a startup. china startup thailand Empirics Asia Member since September 16, 2014 Loading + Follow Following Our content is published by a team of authors & contributors stemming from multidisciplinary backgrounds, experiences, achievements and various expertise. Together they form a collective of committed media […]
February 11, 2015April 30, 2015
Saving Bookmark this article Bookmarked
Next