Thinking about a beach vacation both before and after will probably make you happier than mulling over a material purchase like a new watch. Experiences advance happiness more than possessions, both in the planning stages and after the fact. But what about in the moment?

“The basic finding from a lot of experiments is that people derive more happiness from their experiences than their possessions,” says Amit Kumar, assistant professor of marketing at the McCombs School of Business and lead author of a new paper that looks at spending on doing and having, and moment-to-moment happiness.

“One issue that hasn’t really been examined much is what happens in the here and now — are we happier spending our money on an experience or on a material item?” — Amit Kumar

Kumar and his coauthors, Matthew Killingsworth from the University of Pennsylvania, and Thomas Gilovich from Cornell University, tested this question in a new study. Their research offers insight into how people can enhance their happiness in the moment. On average, the researchers conclude, shifting the balance of experiential purchases versus material ones may well enhance one’s happiness.

To test whether people get more enjoyment in the moment from participating in experiences they paid for versus using material items they bought, the researchers recruited 2,635 adults who were randomly assigned to a material or an experiential group.

Participants were periodically sent texts during waking hours through the Track Your Happiness app on their smartphones. First, they were asked how they felt “right now” using a sliding scale from “very bad” to “very good.”

Then, based on their group, participants were asked if in the past hour they consumed a material purchase — furniture, clothing, jewelry, or electronic goods, for example — or an experiential one such as travel, restaurant meals, or going to a sporting event.

The results: happiness was higher for participants who consumed experiential purchases versus material ones in every category, even controlling for the cost of the item. “It would be unfair to compare a shirt to a trip,” Kumar says, “but when we account for price, we still see this result where experiences are associated with more happiness.”

Kumar and colleagues, however, wanted to address a potential limitation of their initial study: possible differences in the types of consumers who more often buy experiences versus those who more frequently purchase goods. So, in a second study, after first asking participants to rate their happiness, the researchers instead asked all of the 5,254 adult participants a general purchase question. Had the participants used, enjoyed, or consumed either a material or an experiential purchase within the past hour? When a participant responded yes, they were then asked about the details of their purchase.

“When the very same person was consuming an experience, that was associated with more happiness.” — Amit Kumar

The researchers concluded that people are happier with experiential purchases over material ones irrespective of when you measure happiness: before, during, or after consumption. Experiences also provoke more satisfaction even though people typically spend more time using their material possessions.

One possible explanation is that, while many material goods do last longer in a physical sense, experiences also endure. “They live on in our memories and in the stories we tell other people,” Kumar says.

Kumar’s previous work has also found that people are more likely to talk with others about their experiences than their material possessions. Because social connection is key to happiness, experiences and the interactions they spark lead to more joy.

Material goods, on the other hand, tend to fade away, at least psychologically. Even if people continue to use an item, they may not get as much enjoyment from it as time goes by.

A Shift in Spending

Kumar says it’s worth noting that study participants hailed from a specific demographic — western, educated, industrialized, rich, and democratic parts of the world. Only additional research will tell whether consuming experiences over material goods makes for happier people across the world.

But for now, the takeaway for consumers is clear — you’re better off spending on doing than on having. So forgo a few material purchases, and instead buy those major league baseball tickets or pay for a meal at that hot new restaurant.

“If you want to be happier, it might be wise to shift some of your consumption away from material goods and a bit more toward experiences,” says Kumar. “That would likely lead to greater well-being.”

“Spending on Doing Promotes More Moment-to-Moment Happiness than Spending on Having” appears in the May 2020 Journal of Experimental Social Psychology.

This is a user-submitted story by Deborah Lynn Blumberg of Texas Enterprise an organisation created to share the business and public policy knowledge created at The University of Texas at Austin with Texas and with the world. see more. 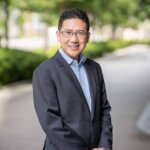 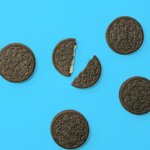 It’s easy to take for granted the amazing technology that sits at our fingertips these days, but occasionally you hear stories like Jarad’s that show just what can happen when you combine creativity with technology. What’s your story? Raised by a single mom in a hair salon. Never realized my love for filmmaking till I […]
January 26, 2015April 30, 2015
Saving Bookmark this article Bookmarked

Since leaving the corporate world to become an entrepreneur, Aarathi has never looked back… What’s your story? I was a corporate career woman who decided to change course and learn how to run a business on my own. I quit the corporate ladder, and dipped my toe into what I thought would be a puddle, […]
August 10, 2015August 4, 2015
Saving Bookmark this article Bookmarked

The Real Challenges of Startup Marketing

Startup marketing is challenging. If you’ve come from larger or more established company background as many of you will, you may be used to relatively stable working environments. Startup marketing doesn’t operate in this, comfortable, fixed, luxurious environment. This is not only with respect to burn rates and cash runways, but also in the way […]
May 19, 2017May 19, 2017
Saving Bookmark this article Bookmarked

Zal is pretty sure he is heading in the right direction now with his latest start-up. What’s your story? My partner and I are onto our second startup together. We started this company after we were running a small Singapore business and saw some of the struggles that small businesses face when dealing with trying […]
March 18, 2016March 17, 2016
Saving Bookmark this article Bookmarked

Jose He, Founder of Cuzzey

Jose He is a ‘petpreneur’ – a former high flyer who jumped ship and joined the tech startup community in the pet industry! What’s your story? A former high flyer from his previous sales industry for 16 years, Jose He, Founder of Cuzzey is also the ex-chairman of the speakers and trainers association. He decided […]
September 14, 2017September 12, 2017
Saving Bookmark this article Bookmarked

As an entrepreneur in the digital space, Zachary enjoys seeing new innovations spread. Here’s hoping his new digital venture, glomp! will spread. What’s your story? I’m a serial entrepreneur from Australia. I made Asia my base in 2001, firstly in Singapore and for the past 8 years in Hong Kong. I was trained as a […]
December 9, 2015December 8, 2015
Saving Bookmark this article Bookmarked
Next