Intel has announced a delay of more than a year in its 7nm chip manufacturing process, which gives an idea of the reasons why Apple recently announced it was abandoning the US company’s chips and would make its own and use ARM architecture instead.

Intel’s problems are not new: this is not the first time the company has announced delays. This time, however, is more serious, considering the importance of the 7nm manufacturing process and that competitors such as AMD have been offering the market the same chips, which consistently improve on the performance of Intel’s, leading to a sharp drop in share value. For Apple, Intel had clearly become a bad bet, and going for other types of architecture over which, in addition, it could have higher levels of control made complete sense.

However, the microchip market is is a complex one right now: Japanese conglomerate Softbank, which acquired ARM in July 2016 for $32 billion, says that in the midst of a strong disinvestment to try to amortize the enormous losses of its technology investment fund it intends to look for a buyer for the microprocessor architecture design company.

Who would be interested in acquiring ARM, a company that in 2016 had a turnover of around $1.5 billion in licensing its designs and technology to device manufacturers, who pay a small amount for each unit sold? Softbank paid 21 times its turnover, and has now offered it to Apple, for which it is obviously strategic. But Apple has said no: it’s not in the business of licensing technologies and, moreover, trying to do so, considering that many of its hypothetical clients would be many of its competitors, could put it in a very difficult situation given that the antitrust authorities on both sides of the oceannow have it in their sights.

All indications are that for Apple, which is working hard to advance the microchip industry and has a strong mutually advantageous partnership with Taiwan’s TSMC, one of the two leading microchip manufacturers, the best thing that could happen to ARM is for it to stay put: Softbank is a relatively “neutral” company in the technology market, which has not interfered with it, and has merely provided it with the resources it needed to operate. The only problem, of course, is that Softbank needs money, and ARM, which was once very expensive, may be worth a lot. But what if it were a competitor of Apple that could, for example, redirect its strategy or priorities in ways that were less interesting to Cupertino, or that could, for example, raise the price of its designs? Is Nvidia a prospective buyer? What if it were acquired by Google? Or Qualcomm, with which Apple has already had problems?

How did a company that doesn’t manufacture anything tangible, that does not make microchips, but limits itself to designing its architectures, achieve such a central and complex role in the technology ecosystem? Looking to the future, we are also talking about a company with enormous potential: the internet of things means that everything around us will have a microchip in it, which will multiply both its importance and the company’s turnover, based on “many little bits” of all kinds of connected objects.

From a strategic viewpoint, the microchip sector is a fascinating environment worth taking the time to understanding. Is there a better candidate out there to increase the value of a company like ARM? And how important today are not just the ubiquitous microchips, but the companies that design their architecture? 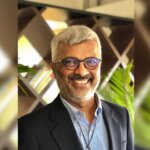 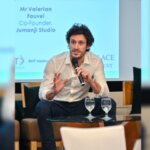 How Xiaomi Strategizes for the Future

Xiaomi has disrupted the smartphone business with a new business model. Digital disruption of business models is forcing many leaders to create new visions of change into their business strategies. A recent Wired magazine’s article “Xiaomi’s Internet Thinking” shows how a Chinese smartphone manufacturer has created a massively successful business on the back of virtually […]
August 26, 2016August 26, 2016
Saving Bookmark this article Bookmarked

Bitcoin entrepreneurs have yet to appreciate fully collaborative nature of the Bitcoin economy and its implications for entrepreneurial strategy. Every successful entrepreneurial act improves the Bitcoin economy and attracts more people in, thus raising the value of the coins. Each new service benefits everyone else who is already invested. Consequently, Bitcoin businesses do not necessarily […]
April 14, 2016April 14, 2016
Saving Bookmark this article Bookmarked

Timo Co-Founded The Most Sustainable Coffee Brand Built On Social Activism What’s your story?I was born and raised in Berlin and studied in Germany and China before I began working in Supply Chain management for Shell in the Oil and Gas industry. I left that industry 2 years ago to broaden my perspective, to discover […]
October 1, 2020September 24, 2020
Saving Bookmark this article Bookmarked

Inspired by Elvis, John Barclay is helping businesses succeed throughout Asia. What’s your story? I became an accountant and travelled the world. When I stopped, I found myself in Hong Kong, having arrived here with a suitcase and a carry-on bag. I never used my return ticket. What excites you most about your industry? Our […]
March 29, 2016March 28, 2016
Saving Bookmark this article Bookmarked

It won’t, however, be the saviour it’s being touted to be from the perspective of marketers and businesspeople who don’t understand it. Its real value lies in its ability to decentralise trust, taking that trust away from (centralised) organisations (mainly businesses and people that act as trusted third parties) and putting that trust into open, […]
January 25, 2018January 25, 2018
Saving Bookmark this article Bookmarked

In 2017, Jegathesan Thanabal established Maddox, a data management solutions provider specialising in helping businesses experience seamless data management and securing their data. What’s your story? Back in University at Nanyang Business School where I majored in Marketing, I never expected to be a part of the Data Security Industry. I started my career in […]
December 28, 2018December 28, 2018
Saving Bookmark this article Bookmarked

The End Of My Chinese Startup

It seems like unitedstyles.com is down. Looking at that 404, is this the end of the startup that I co-founded? I never did put my thoughts about those years on this blog. It started with an idea; The webshop was inspired by the look-book generation of online shoppers, who follow bloggers online for their inspiration. […]
January 18, 2016January 18, 2016
Saving Bookmark this article Bookmarked

Jonathan Chiang, Founder of L.C via

Mr. Jonathan Chiang’s deep love and passion for artisanal lifestyle spurred him to create a venue for like-minded gentlemen to come together, L.C via. What’s your story? Taking over a 40 year old tailoring business, to revamp and rebrand into Singapore’s first artisanal lifestyle venue. One and a half years in, we are the sole […]
February 21, 2017February 20, 2017
Saving Bookmark this article Bookmarked
Next