Skip to content
0
Supplier relationships are critically important to the health of your business. If you want good delivery, good service, and good quality, then you need to keep your suppliers healthy and happy.

I was born and raised in the United States and when I first arrived in Taiwan 20 years ago, I had what I consider to be a more American mindset about the relationship between buyer and seller; I considered that the “customer” was always right and had the upper hand in relationships with suppliers. If a supplier couldn’t meet a standard, you’d just switch and find somebody else. In the US, there’s a wealth of good suppliers who can meet your needs when it comes to services, clothing, food, etc. so this mindset is understandable.

In one of my first supplier interactions after arriving in Taiwan, a handlebar supplier delivered a production batch with a subpar finish. I was a bit rude with them and was not helpful in trying to resolve the situation. My thinking was that if they were not up to the job, we’d simply switch and find another supplier. It was only later that I realized that they were one of only three good handlebar suppliers in the industry at that time and I had managed to upset them.

That was a good early lesson for me.

Over the last two decades I’ve learned that you have to treasure your good suppliers. Good suppliers are hard to come by in manufacturing. Suppliers that can work consistently at a high level, that keep their promises, that abide by our standards for environmental and social responsibility, and that can do it all for a reasonable price, are few and far between.

In fact, the really good suppliers often have more business than they can handle and they don’t NEED your business. In the bike industry, the good suppliers get to choose whom they do business with.

In manufacturing, there are always issues. Sometimes it’s quality. Sometimes it’s delivery time. Sometimes it’s miscommunication. Sometimes it’s some new law by the local government. The number of potential issues is infinite. If an issue arises and it’s your (or your company’s) fault, it is really important that you admit the mistake and set about fixing the issue. There’s almost no better way to torpedo a relationship than to blame the supplier for something that wasn’t their fault.

If the supplier is at fault, help them resolve it in the most cost-effective way possible. I look at supplier mistakes as opportunities for us to put some goodwill in the bank. When we mess up the next time, we can call on that goodwill and get some extra support from the supplier.

A few years ago, a supplier delivered a part with painting that didn’t meet our standards. The supplier’s factory was based in China and our factory was based in Taiwan. We could have just shipped all the parts back (at their cost) but it would have been prohibitively expensive, especially since they would have needed to pay import duties on the parts going back into China. But instead, we helped them find a paint factory in Taiwan to rework the part. They saved a lot of money in fixing the issue and we banked a lot of goodwill.

Also many years ago, a good supplier, one of the best in the bike industry, sold our branded, custom-designed bike component to a competitor. That would be like a Nike shoe factory selling the base of a Nike shoe (with Nike branding) to a competitor like Adidas. After getting over our initial shock we realized that the mistake was a true mistake, due to a miscommunication (their sales person didn’t realize that we owned the brand). The owner of the supplier approached me and asked what I wanted to do. I could have said, “Pull them all back, off the shelves and off the bikes”. But instead I said, “you make parts for other brands and when you sell them you pay them a licensing fee – why don’t you pay us the same licensing fee?” She seemed relieved and told me the license fee was about $0.03/part (very little). We shook hands and the deal was done.

Many years later, when we were starting up with Tern, that same owner was incredibly supportive and said to me, “You guys are going to be successful. I’m here to help. Just tell me what you need.” Those are the kinds of supplier relationships that are so important to the success of a business.

So when you look at your suppliers, look at them as partners that are helping your business succeed. By all means get rid of the bad ones but treasure the good ones. 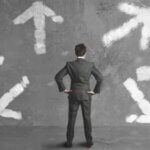 Previous story :Why Postgraduates Should Consider Entrepreneurship Rather Than Jobs 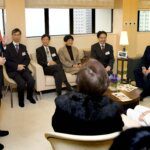 Next story :5 Top Tips For Someone New To Networking

Yvon’s desire to improve the breastfeeding experience led her to starting a company which, within 5 years, has established a presence in 14 markets. What’s your story? I’m the CEO and Founder of Hegen, Singapore’s leading mother and baby brand with an international presence in 14 markets. Prior to launching Hegen in 2015, I worked in […]
Saving Bookmark this article Bookmarked

The Entrepreneurial Impact of Open Data

The impact of open data on entrepreneurship has been touted for years. Almost five years ago, McKinsey estimated that the economic value of such data in the United States is worth as much as $3 trillion annually. Similarly, Omidyar Network has estimated that open data could increase the value of G20 countries by $13 trillion […]
Saving Bookmark this article Bookmarked

“Flying in the face of adversity and pushing the boundaries” – Zhen Hoe shares his personal story about his business. What’s your story? I have always been active and have appreciated what a fit, healthy body could do for my life. However, after I tore my ligament in a soccer game, things changed. I became […]
Saving Bookmark this article Bookmarked

Jacqueline Ng studied numerology which lead her to setting up her own business – Your Number, Your Profile, Your Destiny. 以人为本，以数为善 What’s your story? I started learning numerology during my dark period. It was a time when I lost everything, including my pride, confidence and money. I had to face a bankruptcy and go through […]
Saving Bookmark this article Bookmarked

Collide With Singapore’s Largest Community of Good Doers What’s your story?I did my MBA at Tsinghua Uni in Beijing. During my research, I discovered that in the mid- nineties, pharmaceuticals went to central China to buy blood. Villagers sold their blood and illegal blood stations mushroomed. These underground stations practised the wrong procedures — and […]
Saving Bookmark this article Bookmarked

Vishes Mittal and Ching Tse Tseng are the founders of Vault Dragon, an interesting startup the seeks to innovate Singapore’s self-storage industry. Vishesh Mittal drives the technology development at Vault Dragon. With other 10 years of web and 5 years of app development experience, his knowledge ensures sustainability, reliability and accuracy of Vault Dragon’s web […]
Saving Bookmark this article Bookmarked

Alina Sim enjoys using her legal skills to help other people. What is your story? I think I have lived an ordinary life but I have been blessed with wonderful friends and family, which makes it so much more fulfilling. What excites you most about your industry? In law, I have found the privilege, joy […]
Saving Bookmark this article Bookmarked
Next

Show comments Hide comments
Comments to: Why is it important to build and maintain relationships with suppliers?