Our dependency on fossil fuels has been an environmental concern decades, and concerns over nuclear energy are forcing us to find alternative energy solutions. One Seoul, Korea based a startup team called Yolk, are taking this challenge personally, and rolling out equally personal solar powered solutions.

Earlier this month US President Barack Obama unveiled a plan that would triple the capacity of solar panels installed on public housing in the US, while also making it easier for middle class families to take out loans for solar systems.  While big government led-initiatives like this one are immensely helpful in the fight against climate change, a Seoul and Chicago based startup is offering a smaller-scale solution that’s as convenient as it is green.

In 2012, SungUn Chang, then a fresh graduate from the School of the Art Institute of Chicago, set out on a mission to bring portable solar power to everyone. Based out of Seoul, Korea, but headquartered in Chicago, her company, Yolk, is fulfilling that mission. The team have developed and launched their second solar charger, Solar Paper, which Chang says is the world’s smallest and lightest portable charger watt-for-watt.

Within a week of launching Solar Paper on crowdfunding site, Kickstarter, the 32-year-old entrepreneur has raised almost USD $300k to fund production. The project has already become Korea’s most successful crowdfunding campaign to date. With 38 days of the campaign remaining, Chang is determined to achieve something even more spectacular.

“I expected we’d raise around USD $250k, but after seeing such incredible support for the campaign I realised we had a chance at USD $1 million,” explained Chang.

Beyond the merits of the product, returnee-backers have been a key element in Solar Paper’s crowdfunding success. “We’ve received a resounding welcome back to Kickstarter from our fans. Not only are they coming back for the second generation device, they’re even buying additional units for friends and family,” Chang said. Scrolling down their Kickstarter page, this is evident in dozens of messages of support, not to mention the USD $300k+ that has already been pledged.

Backers of the crowdfunding campaign are able to take advantage of extremely competitive pre-sales pricing. While the lowest priced options have already been snapped up, Solar Paper can be preordered for as little as $79, compared to the expected retail price of $120.

Solar Paper is the world’s smallest and lightest solar charger, capable of charging an iPhone 6 in 2.5 hours. In addition, purposeful dedication to design has resulted in a product that is aesthetically appealing to a wider audience than any other solar charger on the market.

Chang was determined from the first days of Yolk, to develop something that would raise the bar for the whole industry. Her first charger, Solorade, was designed to ensure that the correct tilt during useage would maximise charging capacity. She explained that this was an important upgrade on existing options, which lost up to 50% charging capacity when not tilted directly towards the sun.

With Solar Paper Yolk have made several additional improvements, increasing efficiency, reducing overall size and thickness and dramatically improving design, to appeal to a wider market segment. “Other chargers are simply not feasible for use by people everyday. They are too bulky, and even the market leading brands are not beautiful. We wanted to bring a product to market which would look good on the beach or on a brief case,” she said.

Beyond design, technological superiority has been a key to Solar Paper’s early success. Most chargers require consistent sunlight in order for the electrical current not to drop off. Shadows or clouds have been the bane of previous devices. To counter this, Chang’s engineers have pioneered ‘auto-comparison technology’ in Solar Paper. Even in inconsistent sunlight, the charger will continue to operate, automatically switching back on once shadows pass.

For it’s size Solar Paper is the most efficient option on the market. At 3.5” x 7.5” when unfolded it is slightly larger than an iPhone 6+ and weighs even less (5W option). The standard offering of two panels, which fold on top of each other to conserve storage space, produces 5W of power. This is enough to charge most smaller devices, as well as external batteries, flashlights and other devices. Simply by adding additional panels, connected with magnets and silicon fasteners, a total of 10W output is possible by connecting up to four panels (tests have revealed that output could be as high as 15W). This provides sufficient power to charge larger devices, from iPads to power portable stereo systems, even in sub-par lighting conditions.

Demonstrating exquisite design thinking in every element of the charger, Chang explained that magnetic connectors provided the best solution for connecting panels. Magnets make adding or subtracting panels incredibly easy. In addition, there is little to no wear at the fold, where panels join. While other devices suffer from weakened or broken connections, magnets have made Solar Paper both flexible and durable.

Unique to solar chargers, Solar Paper also features an LCD screen. This enables users to monitor how much current is actually passing through the device to gauge charging duration. In addition, the LCD screen provides constant validation that the charger operates at the performance levels promised. Chang explained that low quality solar chargers often over-promise on performance, and there is no way to determine if they are actually performing as they are supposed to.

Solar Paper features magnetic panel connections, which are both highly flexible and durable

While Solar Paper has already been a huge hit on Kickstarter, Chang admitted that the road to success was not easy. Her very first project flopped when she realised that battling huge corporations as a startup was the wrong decision.

“Our first product was an external battery. We worked for months to bring the project to market, but realised that it was already a highly competitive space. It was difficult to differentiate and we could not match the production and marketing capabilities of large corporations,” she explained.

After this experience Chang and her team realised that chances of success would be much higher in a less developed industry. “Solar energy was a new market, with no market leaders,” she recalls. Leveraging her early learnings she knew that the next product would need to bring something radically different to the market, to find success.

While there were early concerns that differentiation would be difficult in an underdeveloped market, with lots of small players, Chang’s drive for excellence has paid off. Solorade aimed to raise the bar for portable solar chargers and was a confident step into the market. Internal goals set for Solar Paper were much more ambitious, and the positive results will likely help to establish Chang and her team as one of the first market leaders.

Chang has already achieved more than most entrepreneurs, breaking into a new market and rapidly achieving a leadership position. Ambitious and determined, she has bold plans for the future. “I founded Yolk to bring solar energy into the reach of everyone who relies on electricity for portable devices,” she said.

With her first two projects she has taken confident strides towards that goal. While mute on what the next project would be, she assured me that Yolk is already planning another game-changing leap forward in 2016. 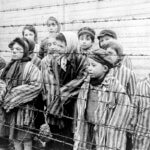 Previous story :12 Thought-Provoking Quotes From A Prisoner Of Auschwitz 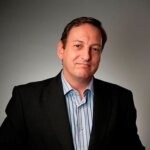 Next story :Andrew Vine, Founder & CEO of The Insight Bureau

Haseeb Awan is the co-founder of BitAccess, a leading Bitcoin ATM manufacturer with operations in 15 countries across 4 continents. What’s your story?During my Engineering days, I got involved with an automobile startup that exited before I could graduate and that gave me a taste of tech entrepreneurship and I decided to take it as […]
June 25, 2019June 25, 2019
Saving Bookmark this article Bookmarked

Financial disaster rarely comes about overnight. Even for those devastated by a sudden, tragic event, the foundation of their collapse lies in their daily habits and assumptions, and has been brewing for many years. Whether overcome by an unexpected experience, or living in a state of horrible financial neglect, many people are in full-blown denial […]
March 6, 2015March 6, 2015
Saving Bookmark this article Bookmarked

We just came across a series of four careers advice posts by Marc Andreessen (hat tip, Satvik Beri). We’re always on the look out for thoughtful careers advice from very successful individuals aimed at people looking to make a big impact – we think it’s one of the best sources of careers advice, and we […]
December 14, 2016December 14, 2016
Saving Bookmark this article Bookmarked

How to Align Your Startup Team for Execution

According to Stanford research 92% of start-ups fail in the first 3 years. There are literally thousands of great ideas out there, but what separates successful companies is the ability to execute and get traction. Failure is guaranteed without execution. Try to do everything and you will do everything badly – the key is to […]
August 14, 2017August 14, 2017
Saving Bookmark this article Bookmarked

Natalia Segura’s true love for photography and the demand from private clients motivated her to start her own business focusing on wedding photography. What’s your story? I “ran away” at age 18 with a bohemian photographer 12 years older than me, travelled across Europe hitchhiking, met and spent one to one 1 hour with Annie […]
December 5, 2019December 9, 2019
Saving Bookmark this article Bookmarked

Why Its So Hard To Capture Your Niche

6 Bad Habits That Prevent You From Achieving Success

You always imagined your career would be like a rocket ship shooting you straight to the stars, but instead you seem to be stuck in one place, already out of gas. Before you blame your company, your coworkers, or your boss, it’s time to take a good look in the mirror. Your bad habits might […]
August 13, 2014November 9, 2014
Saving Bookmark this article Bookmarked

Each year seventy to seventy-five earthquakes occur throughout the world in a populated area with sufficient magnitude to cause damage. With recent tragedies that are effecting thousands of lives, during and after shock, many questions are erupting whether next generation technologies can bring any value to the table. Can earthquakes be predicted? Many seismologists would […]
April 30, 2015May 1, 2015
Saving Bookmark this article Bookmarked
Next